So, today was pretty much insignificant.

But what’s important and what’s not?

That is the question.

Shakespeare makes an appearance in my head, and says:

“Human emotions and beauty is… “

“God plays dice, whatever is important, isn’t here, isn’t this!”

“Believe in magic, the answer is always Love…”

And people, they say:

“Just listen to us, and hold on to the Lord above!”

Midst this thought, I try to separate

Opinion from Truth, and Faith from Belief.

But all I find is a mingled mess,

As soon as I descend in this thought,

the Stepwell of Questions dwindles into misunderstanding.

And the sight of the sparse water seems,

a mere specimen of the uncertain expanding.

But with every step deeper, and every longer breath,

thinned into the space.

And with theory and approximation, carrying me to the bottom,

the diffuse light evanesced every lie, each tint of greed,

sifting my final resting, to grace.

What I had perceived to be the real, universal truth,

to be found at the base of consequence and cause,

Returned to me- my own face and eyes,

a mere reflection of who I was. 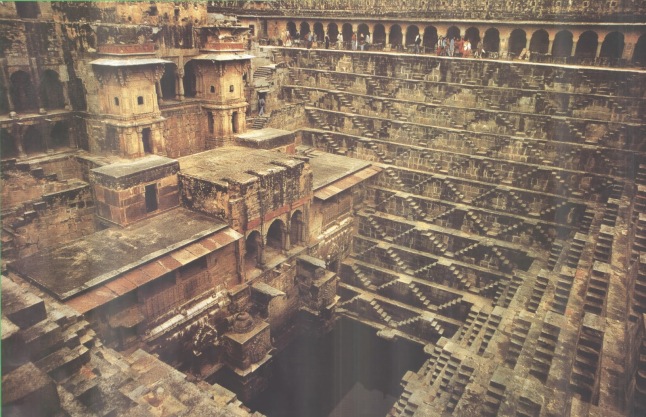